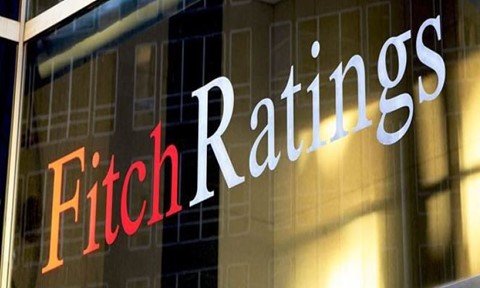 Fitch Ratings has downgraded the ratings of 28 corporates in Asia Pacific (APAC), and made negative revisions to the rating outlook or watch for a further 32 corporates, driven by the effects of the coronavirus pandemic since 10 March.

The pace of downgrades in May was significantly slower than in the previous two months; but as the impact of the pandemic evolves, the risk of further COVID-19-related rating adjustments remains.

The number of coronavirus-related downgrades or outlook/watch changes in May, at 14, was significantly lower than in April when it reached 38. The easing pace of negative rating actions reflects in part the fact that Fitch has prioritised the most-affected sectors for review since the virus was designated a global pandemic in March.

Nonetheless, we made two multi-notch downgrades in May. Chinese homebuilder Tahoe Group was downgraded to CC from B-/RWN, and Indonesia’s Geo Energy Resources was downgraded to C from CC after initially being downgraded from B-/Negative in March – both reflecting weakening of financial liquidity.

The four other multi-notch downgrades that have taken place since 10 March which were driven by the pandemic include Australia’s Virgin Australia Holdings (to D from B+), Sunshine 100 Holdings China Holdings (to CCC- from CCC+), Future Retail (to CCC+ from BB(EXP)), and Tata Motors (to B from BB-).

Investment-grade (IG) issuers accounted for only two of the 14 downgrades or outlook/watch changes that we made in May. Among the 28 APAC corporates that have been downgraded between 10 March and 31 May, there has been only one ‘fallen angel’, Chinese mall owner Red Star Macalline Group, whose rating fell to speculative-grade (BB+/Stable) in April from investment-grade (BBB-/Stable).

The homebuilding sector has seen the largest number of downgrades, at six between 10 March and 31 May. However, we rate around 60 entities in this sector in APAC, over 80% of which are Chinese homebuilders, so the share that have been downgraded is not large. Other sectors with a high level of downgrades include oil & gas, autos & related, metals & mining, and gaming and hospitality.

The homebuilding, oil & gas and auto sectors also top the list of the 32 corporates on which outlooks or watches were revised in a negative direction, although four of the five outlook revisions in oil & gas were driven by sovereign-related rating actions.

During May a total of seven downgrades and seven outlook/watch revisions occurred, including four negative rating actions in the metals & mining sector, and three in natural resources. India’s JSW Steel Limited and Tata Steel Limited were both downgraded by one notch to BB-/Negative, reflecting the weaker outlook demand in India, lower steel prices, and the stoppage of business activity following government-mandated restrictions designed to curb the spread of the coronavirus.

Is Cryptocurrency Useful For Sri Lanka Amid Raging Economic Crisis?

Bitcoin Enters The Debate Before The Bankruptcy Declared In Sri Lanka