Ransomware Soars 148% to Record-Breaking Levels in 2021 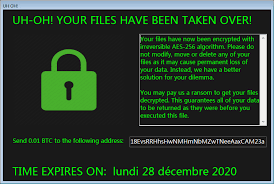 The volume of ransomware attacks over the first three quarters of 2021 reached 470 million, a 148% increase on the same period last year, making 2021 already the worst year on record, according to SonicWall.

The security vendor scrutinized attempts to compromise its global customers over the period and found that each company recorded 1,748 ransomware attacks in the year-to-date (YTD). That’s reportedly nearly 10 per business day.

Q3 2021 saw the most significant volume of ransomware attacks recorded by the vendor – at 190.4 million. It nearly tops the 195.7 million attempts logged in the first three quarters of 2020.

SonicWall predicted that by the end of 2021, the ransomware total would be near 714 million, which would be a 134% year-on-year increase.

SonicWall CEO, Bill Conner, warned that criminal gangs would continue to launch sophisticated attacks designed to compromise targets with gaps in their defenses.

“As we see it, ransomware is on a nearly unimaginable upward trend, which poses a major risk to businesses, service providers, governments and everyday citizens,” he added.

“The real-world damage caused by these attacks is beyond anecdotal at this point. It’s a serious national and global problem that has already taken a toll on businesses and governments everywhere. I’m hopeful that the recent global ransomware summit is the next step toward a greater response at global, national and state levels.”

China and Russia were notably excluded from that international meeting at the White House earlier this month. The Biden administration has repeatedly blamed the latter for harboring ransomware gangs, as long as they target attacks on foreign organizations.

SonciWall also recorded 3.9 trillion intrusion attempts in YTD, as well as a 33% rise in IoT malware globally and a 21% increase in cryptojacking, which spiked by 461% year-on-year in Europe.