Bitcoin Enters The Debate Before The Bankruptcy Declared In Sri Lanka 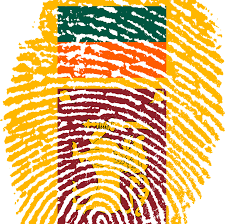 The presidential residence of the Asian country Sri Lanka was taken on July 9 by a massive number of inhabitants protesting the national bankruptcy announced this week. The situation has spread a wave of comments on social networks about whether such a scenario would happen in other countries and what would be the role of Bitcoin (BTC).

“Most people think that bankruptcy is something that could never happen to them. Yet 1.5 million Americans a year file for bankruptcy. Now imagine that your country does it and you have no control over the events and monetary policy that lead to it. Bitcoin is insurance against that.” express the ColumbusBitcoin enthusiast.

The main cryptocurrency allows to keep the money under self-custody, so the value could be protected in the face of an economic crisis. Or even in the case of a possible “corralito” of the banks, as happened a few decades ago in Argentina.

Also, if its price increases, savings could be enriched, so it would act as a safeguard against inflation and economic crises. Although, just as it could be valued, it should be noted that it can also fall as it has happened during the current bear market reported in CriptoNoticias. Therefore, it is an asset of high risk.

Despite the risk involved, a man named Priyankar Roy from India commented that the people of Sri Lanka and all third world countries that have hyperinflationary problems, should choose to plunge into bitcoin. “It is guaranteed to change the dynamic.

Accordingly, Carlos León, another member of the bitcoiner community, held that Sri Lanka “has completely collapsed” in the face of declared bankruptcy. And he believes that this will be repeated in many countries of the developing world in the coming months due to food and energy inflation. In this sense, he sees bitcoin as a possible solution.

Although in this same scenario, others consider that bitcoin is not a refuge against economic crises due to the price drops it can cause. In this sense, a user named Eder said that the depreciation of the cryptocurrency could make El Salvador the second country to declare bankruptcy after Sri Lanka for having much of its holdings in cryptocurrency.