Sri Lanka crisis unlikely to have significant impact on IT operations, say experts 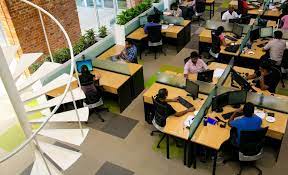 (Moneycontrol)- Sri Lanka’s economic crisis is unlikely to have a significant impact on IT players such as HCL Tech and Virtusa, as the island nation’s contribution to the industry is modest and companies can look for other low-cost locations, experts have said.

Sri Lanka is facing an unprecedented economic crisis, with soaring inflation, fuel shortages and power cuts. The rising cost of living has triggered country-wide protests, with demand growing for President Gotabaya Rajapaksa, who comes from the powerful Rajapaksa clan, to step down.

Rajapaksa was forced to revoke the state of emergency he declared on April 1 as anger spilled onto the streets.

For Sri Lanka, the information technology-business process management (IT-BPM) industry has been a priority sector for economic development.

A 2021 report by Sri Lanka Association for Software and Services Companies (SLASSCOM), the country’s IT body, the BPM industry generated $345 million and had over 80 companies across industries and service lines.

In the last few years, IT firms like HCL Tech have been stepping up their presence in the country. The company entered Sri Lanka in 2020 and has, so far, hired more than 1,000 people.

Virtusa and BPM companies like WNS and Genpact are among the other IT players in the island nation.

The now US-headquartered Virtusa was founded in Sri Lanka in 1996 by Kris Canekeratne, Tushara Canekeratne, John Gillis and Sandy Gillis. It was acquired by private equity firm Baring PE Asia in 2021 for $2 billion.

Despite these efforts, Sri Lanka is not huge for IT services firms, experts said.

As a result, the ongoing crisis was unlikely to have a significant impact, experts said.

Moneycontrol reached out to HCL Tech, Virtusa, WNS and Genpact on the impact the crisis would have on their operations and employees but had not heard from them until the time of writing this copy.

The fallout of the crisis

“Companies like HCL are unlikely to be meaningfully impacted, and as of now, we haven’t heard anything to the contrary,” Everest’s Sengupta said.

“Some providers such as HCL and Virtusa have some presence in the region but otherwise there are few delivery centres,” Rai said.

Though there is not a huge dependency on the region, clients and large providers that depend on Sri Lanka for service delivery would look for other low-cost locations for cost optimisation, he added.

With clients comfortable with remote working models, companies would also be able to move delivery far more seamlessly than in the past, experts said.

This, however, could change if the situation worsens. Peter Bendor-Samuel, founder, Everest group said, “If the supply chain is disrupted further, this would contribute to the global shortage of IT and engineering skills and will further fuel wage inflation in India and other global markets.”The impact on HCL and other Indian-centric players would likely be modest as their presence in Sri Lanka was limited compared to their other global delivery centres and their overall performance would not be hit even if the situation worsens to the point “they have to close operations. I stress they are not at this point at this time”, he said.