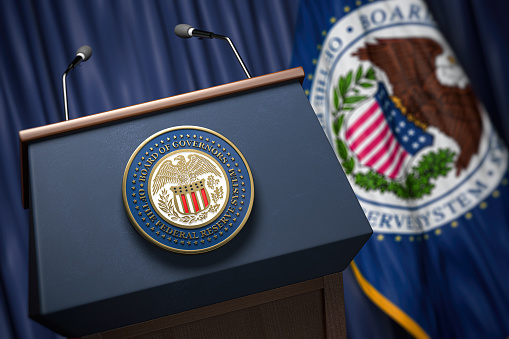 The Federal Reserve raised interest rates by a quarter percentage point and signaled hikes at all six remaining meetings this year, launching a campaign to tackle the fastest inflation in four decades even as risks to economic growth mount.

Policy makers led by Chair Jerome Powell voted 8-1 to lift their key rate to a target range of 0.25% to 0.5%, the first increase since 2018, after two years of holding borrowing costs near zero to insulate the economy from the pandemic. St. Louis Fed President James Bullard dissented in favor of a half-point hike, the first vote against a decision since September 2020.

“The American economy is very strong and well positioned to handle tighter monetary policy,” Powell told a press conference Wednesday following a meeting of the Federal Open Market Committee. “I saw a committee that is acutely aware of the need to return the economy to price stability.”

The S&P 500 index briefly erased its gains on the decision before rebounding after Powell played down the risk of a recession and declared the economy strong enough to withstand tighter policy. It closed over 2% higher.

Sri Lankans Scammed out of Millions by Fake Crypto Schemes